The ‘80s sure brought us some spectacular fads and trends, but the one thing that really stands out about this era is the quality of wholesome comedy sitcoms. It’s true that they just don’t make them like they used to.

For those who were around and remember the ‘80s, Wednesday night was the highlight of the week for sitcoms as we waited patiently for that famous tune to start playing: “New boy in the neighborhood, lives downstairs and it’s understood. He’s there just to take good care of me, like he’s one of the family…”

If you can complete the next line of these lyrics, then there is no doubt that you were the ultimate Charles in Charge fan. Charles was the perfect American gentleman with a heart of gold and mind full of girls that kept us entertained from 1984 to 1990 with his boy next door smile and crazy antics.

The show survived a cancellation after the completion of the first season due to poor ratings, but luckily – thanks to loyal fans and a few plot changes – the series was brought back and ratings were through the roof.

Fast forward to 28 years later, fans still have fond memories of the cast and the comedic side of the show. While some cast members have stepped out of the limelight altogether, others have been featured in other premiers. Join us on a journey of the then and now as we celebrate the nostalgia of the phenomenon that was Charles in Charge and see what the stars from the series are up to these days.

Sandra Kerns, born July 20, 1949, was an active and successful actress back in the ‘70s and ‘80s. She played, Ellen Powell and was one of the older and regular cast members on the show, Charles in Charge. Kerns had an important role as the mother of the Powell family. She appeared in multiple seasons from the time the show first aired, but eventually became only a recurring character and did not show up as much in later seasons.

Still looking as stunning as ever a couple decades later, Kerns career has slowed down a bit. The last time she acted was in 1993, but formally retired altogether after her golden years of portraying Ellen Powell, the matriarch character of Charles in Charge. She decided to take time off and look after her two children, Zachariah and Kallie Kerns, together with her husband, Hubie Kerns Jr., a movie stuntman. Today she resides in Pacific Palisades, California.

Jennifer Runyon played a very romantic role in the famous ‘80s sitcom from 1984- 1985. She was portrayed as Charles’ girlfriend and was 24 years old when she took up the part as Gwendolyn Pierce. Runyon only appeared in the first season because, as the storyline progresses, she had to abruptly relocate to California after receiving some pressure from her parents. Even though her part was short-lived in the famous show, she is still remembered today by the the biggest Charles in Charge fans.

Just like some other cast members, Runyon starred in a few more TV shows and movies over the years, such as Beverly Hills 90210, 18 Again! And Quantum Leap. She has recently retired from acting and her most recent gig was in a segment from the movie Terror Tales in 2016. Today she lives in California with her husband, director Todd Corman, who was at one point the head coach of a women’s basketball team at Concordia University.

Julie Cobb is a renowned American actress, born in 1947 to a theatrical family. Cobb started off her career by appearing in an episode of Star Trek, broadcasted in 1968. She later played the role of a much loved matriarch, Jill Pembroke in Charles in Charge. This role created an even bigger household name for herself. Thought she only appeared in the first season and her character’s presence was short-lived, she has never been forgotten by her fans.

After her first and only season in Charles in Charge, Cobb carried on with a successful acting career; appearing in major films such as The Second Coming Of Susan (1974), Defending Your Life (1991), and Dr Jekyll and Ms Hyde (1995), just to name a few. She also won the prestigious L.A Drama Critics award for playing in Arthur Miller’s stage production, After The Fall. She has been married four times in her life and divorced from her last husband, actor James Cromwell in 2015.

Josie Davis began acting and appearing in commercials from the tender age of 3. She landed her first, most notable role as Sarah Powell in Charles in Charge, taking up the part of a nerdy, charming, and timid young character in the show. Davis appeared in a whopping 104 episodes with her role lasting for four seasons until the show ended in 1990. Davis admitted it was difficult for her to shed off the image of the nerdy girl next door as she tried to find more serious roles.

Charles in Charge was the breakthrough role in Davis’ career; she had various popular acting roles after the show. She appeared in multiple prime time TV shows such as Beverly Hills 90210, CSI:NY, Bones, and even Baywatch. On top of that, her film career has also taken off to new heights. She has appeared in various films throughout the years, with her latest being a movie called Locked In. At 44 years old, Davis has never been married and has recently stated that her dating life is “complicated”.

Born in California in 1960, Willie Aames kicked off his career at a young age. In fact, he began acting as a child, appearing in sitcoms such as Swiss Family Robinson. Aames then went on to play one of the most popular (and loved) character, Buddy Lembeck on Charles in Charge. Lembeck is Charles’ best friend and often helps him out in times of trouble. His role lasted the entire series and is a name that every Charles in Charge fan reminisces about.

After the sitcom’s final season, Willie Aames moved onto acting in other shows. Throughout the years, he appeared in various movies and episodes such as Eight is Enough: A Family Reunion and his latest appearance being in a sitcom titled Date My Dad. Unfortunately, at some point in his life, some things took a turn for the worse with Aames battling alcohol abuse and falling into money problems. Today however, he is a happily married man and has returned to doing what he loves best – acting. 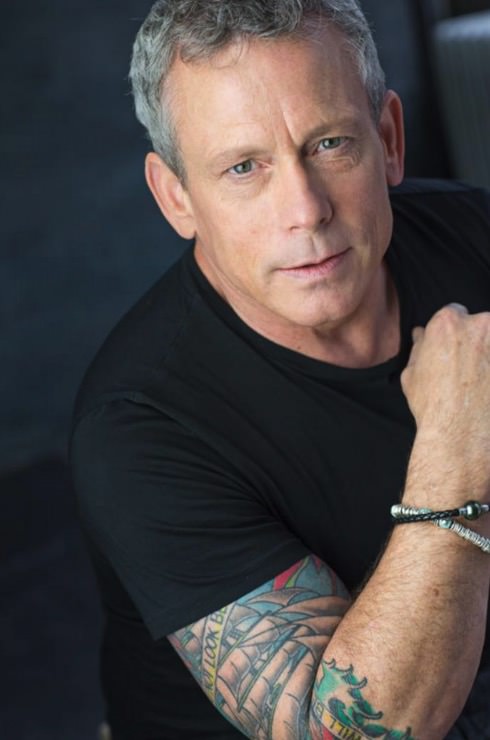 Alexander Polinsky is best known for his role as Adam Powell on the hit sitcom Charles in Charge. Since he was the youngest cast member on the show, his role left him with a lot of extra time on his hands in between takes. Polinsky used the extra time he had by taking an interest in arts and crafts. When the sitcom ended Polinsky landed a job creating movie prop like a replica of the mask Jim Carrey wore in The Mask.

After the finale of Charles in Charge, Polinsky went on to star in animations such as Starship Troopers, The Simpsons, Teen Titans, and Spiderman as a voice-over actor. He also starred in the critically acclaimed film Saints and Soldiers, a World War II drama set in Belgium. While Polinsky has had many voice-over roles in animations, he also did voice-overs for popular video games such as X-Men, King’s Quest, and Guild Wars 2. In 2018, Polinsky accused Scott Baio of verbally and physically assaulting him while filming Charles in Charge.

Ellen Travolta played the role of Lillian, Charles’ mother who moves to town and kept us laughing with her good-hearted meddling. Travolta also played Louisa Arcola Delvecchio, Fonzie’s aunt and Chachi (Scott Baio)’s mother in the hit show Happy Days and spin-off Joanie Loves Chachi. While she may be the sister of John Travolta, Ellen stepped out on her own and made a name for herself by portraying iconic characters such as Marion Keisker in John Carpenter’s acclaimed film Elvis.

Ellen Travolta has since appeared in many TV series and films such as Murder She Wrote, General Hospital, Judging Amy, and The Pretender. Travolta has always been an active supporter of the Coeur d’Alene Summer Theatre and appeared in the production of Hello, Dolly! The theatre is in memory of Travolta’s mother and was paid for by a memorial fund in her name – it encourages her to be actively involved with the community theatre. She continues to work alongside her famous brother, John Travolta. 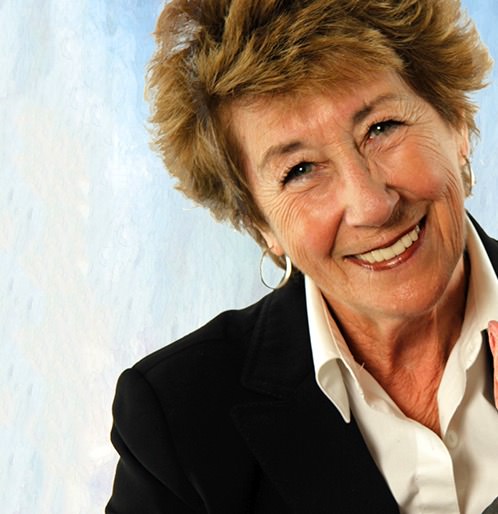 Her platinum blonde hair and small frame earned Eggert the Miss Universe pageant at the age of 5 in the petite division where she was later discovered by an agent and cast in a shampoo commercial. The pageant had opened many doors for Eggert – she landed a role in the movie Rich and Famous and Who’s the Boss? Later, Eggert portrayed the fun-loving wholesome Jamie Powell in Charles in Charge and appeared in a total of 104 episodes from 1987 until the season finale in 1990.

Eggert moved on to roles in hit shows such as Baywatch, Boy Meets World, Married With Children and Blown Away, but life was not always easy for the star. She spent several nights in the emergency room with her former partner Corey Haim due to narcotics. Eggert also accused Scott Baio of intimately abusing her as a minor during the filming of Charles in Charge. Baio has denied the allegations stating that their consensual encounter only happened once, months after Eggert had turned 18.

On her ninth birthday, April Lerman landed her first acting role in the National Tour play, Annie. Lerman became a household name when she starred as the boy-crazy Lilla Pembroke in Charles in Charge. The series underwent a huge cast change after the first season and the Pembroke family was replaced by the Powells, which resulted in Lerman being replaced. Lerman continued her acting career and guest starred in tv shows such as Growing Pains, Parker Lewis Can’t Lose, and Kate and Allie.

While Lerman had a bright future in acting, she decided to leave the show business and focus on her education after appearing in a few embarrassing scenes in the movie titled Rock and Roll Fantasy. She attended Pepperdine University School of Law where she received her Doctorate degree. Lerman was accepted by the California Bar, however, she turned the opportunity down saying it would be too stressful. Lerman returned to school where she received a Master’s degree in counseling psychology and now works in counseling groups for children and adolescents.

The iconic lead of the show, Charles, a college student who is a live-in helper and babysitter for the Powell family was portrayed by Scott Baio who had many other starring roles in premiers such as Busy Malone, Happy Days and Stoned. Scott Baio brought Charles’ character to life with his iconic smile and antics of trying to juggle his studies, girls, and tending to the family’s needs. Charles and his best friend Buddy sent us on an adventure which kept us all glued to our screens.

After the fifth and final season of Charles in Charge, Baio appeared in lower-profile roles on Baby Talk and Diagnosis Murder and guest starring on Veronica’s Closet and Arrested Development. He also gained a reputation for dating high profile actresses such as Pamela Anderson and Heather Locklear. VH1 used this opportunity to create a reality show called Scott Baio is 45…And Single. Shortly after the completion of the first season, Baio announced that his girlfriend at the time, Renee Baio, was pregnant with their first child.

When is it okay to finally say ‘I love you?’

Relationships are funny things; they can either be complex, or very simple. More often than not, ...

The benefits of pumpkin spice

The season is almost upon us now, and All Hallows Eve is over. When you scoured the costume shops ...

Great things to do on your day off

Ah, so you’ve got the day off of work or school, and you’re looking for the perfect way to pass the ...